Writer Taiye Selasi brings up many of the questions that should be raised about what is going on in the South African and international art market.  It comes close to what I was trying to express in my still unanswered letter to Jochen Zeitz and Mark Coetzee of the Zeitz Musuem of Contemporary Art Africa (ZMOCAA) with regards to how they are identifying ‘Art Africa’.

Reading this I was reminded of Seamus Heaney’s – a native of Britain’s oldest and still existent colony – response to a fellow Northern Irish Catholic and supporter of the IRA who stated: For fuck’s sake, are you going to write/Something for us? to which he responded If I do write something,/Whatever it is, I’ll be writing for myself.

Here are some quotes from Selasi’s piece that appeared in The Guardian:

It was 1963 when Chinua Achebe, reflecting on a conference of African authors, wrote: “There was [one] thing that we tried to do and failed – and that was to define ‘African literature’ satisfactorily. Was it literature produced in Africa or about Africa? Could African literature be on any subject, or must it have an African theme?” The same year Nigerian poet Christopher Okigbo (in)famously announced himself a writer, simply a writer, not an African one. Thirty years later, the first African winner of the Booker prize, asked to describe himself, said: “I think Ben Okri is a writer who works very hard to sing from all the things that affect him. I don’t know if he’s an African writer. I never think of myself in terms of any classification. Literature doesn’t have a country.”

It may not, but publishers do.

African writers are not the only victims of such questions – which, among other absurdities, assume that their identities are open to assessment by absolute strangers.

But the wider literary establishment has trouble with writers who belong to diasporas. It doesn’t know where to put us. It can be unclear which team we are playing for: home or away, or neither? Our art is subjected to a particular kind of scrutiny; it is forced to play the role of anthropology. 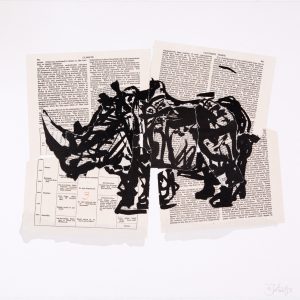