A review by Isabella Kuijers on the 2nd of May 2019. This should take you 4 minutes to read.

John Berger wrote that Cubism, a catalyst to pure abstraction, ‘re-created the syntax of art so that it could accommodate modern experience.’ Critic Donald Kuspit later disagreed, arguing that the ‘tendency towards purity or absolute abstraction does not indicate […] acceptance of the modern world, [but], a self-protective aesthetic disaffection with it.’

Kuspit believes that the vocabulary of abstraction is deeply fragile despite it historically borrowing weights, struts and other imagery from industry. ‘FR1000ID’, a joint exhibition of work by Cameron Platter and Herman Mbamba at blank projects, constitutes pure distilled 100% abstract artworks (small print: may contain trace elements of recognisable subject matter and thousand island dressing) but of the most rounded and organic to ever nestle in the abstract category alongside the sharp edges of the Constructivists and De Stjil.

In the birthplace of Abstraction, the usual 1900s claims of Abstractionism to universality and quixotic manifestos ring false. Iterations of non-representative art here and now pulse with the personal rather than the academic. Platter (South African, working in Durban) and Mbamba (Namibian, working in Norway) have more to say about their painting processes and artistic intuitions than of overarching narratives or ‘accommodating [the] modern experience.’ The energy of their works lends itself to interpretations that take into account the intimate psychology of the artists’ practice, looking at the way different forms can be arrived at through tweaks to the materials or the varying of their processes.

Platter has a three pronged approach. He presents 1. forms as given or found (as in Pedicure), 2. forms as produced by reduction (as in: Palak Paneer Paneer Makhani and Hot Tub Memory Foam – titles such as these signal Platter’s delight in the absurd latent meanings that exist in compound nouns.) and 3. forms as invented through gestures (as in: Dance routine and Thousand Island).

In Palak Paneer Paneer Makhani, Platter garbles information from digital image source material, leaving behind glitchy artefacts which are then hatched in coloured pencil. The resulting shapes have a pixelated quality, vastly different to the gigantic noodles that look like they have been squeezed from a tube in Dance routine. In this work the colours also seem to have been chosen as part of a considered palette rather than as the consequence of a digital mishap.

Mbamba retains his recognisable style, producing works that begin as drawings – perhaps better described as mini maps – designating the dispersion of compositional elements. He carves up the composition into shapes which share a drooping dripping quality that comes from the flexing of a practiced wrist. Movement lines born of muscle memory mark a maze of repetitive curves and swerves.

In Untitled, Mbamba’s marks loop and jostle. They have a bright plasticine quality and some form the ground for others. Each colour is weighted evenly across the picture plane yet the result is unsettling, like the innards of a teeming anthill or a soundscape of a raucous dinner party. In private correspondence between the artists Mbamba remarks that ‘Most people would say my paintings are cheery and joyful. But … they are derived from a state of deep sadness coiled up [or from] extreme feelings of anxiety.’ 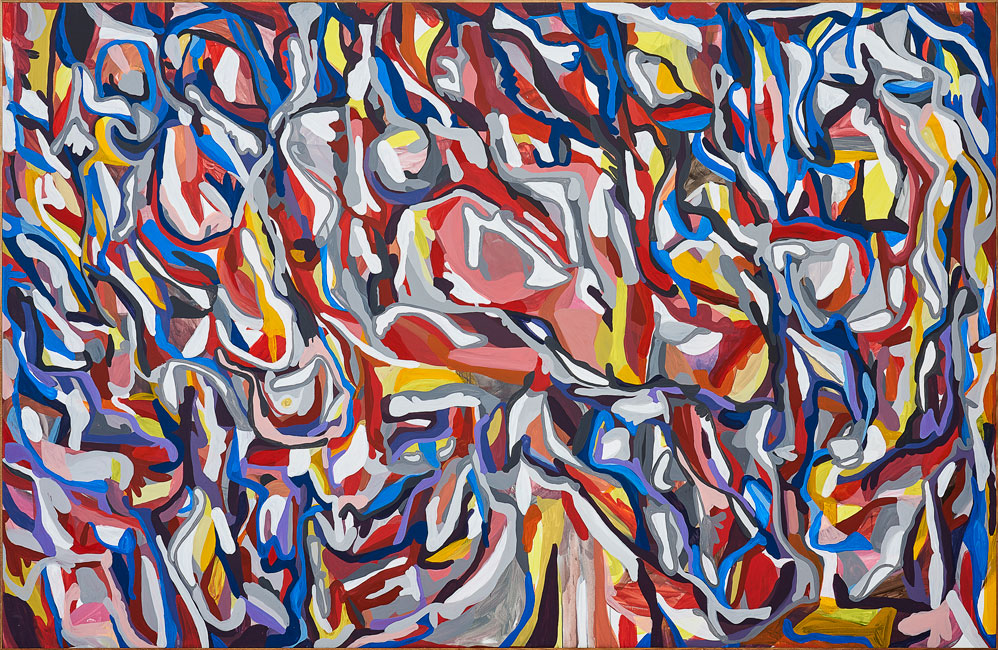 The similarities in colour range, amoebic forms and large scale make the variations on the theme exciting because they show how the content is mediated by the materials used – the subject matter is the choice of process and the artist is a guiding conduit.

Although Platter and Mbamba’s works play well together, they decided to augment the pairing by producing a folio of collaborative paintings. Despite never meeting in person they couriered the works back and forth between South Africa and Norway. Together these pages make up FR1000ID, the work for which the show is named. This work is the combination of twenty eight garish pages in a floor to ceiling grid that dominates blank’s second room. The look of FR1000ID (an abbreviation of Free Range 1000 Island Dressing) is diuretically hurried and messy. One page yells SUCK/A and on another wobble the words I AM THE INFINITE CONCIOUS NESSY. Collaged elements (such as a cut out cacti and a bottle of Kraft thousand island dressing) float unresolved in the angry orgy of colour. It feels like witnessing an in-joke between two people who are high and are sure that they are GENIUSES. As the viewer, one watches on, conspicuously sober.

It is possible that mutual admiration caused them to encourage where they might have curbed, or perhaps their usual formal sensibilities were on hold for the sake of experimentation, maybe making the space of creation not-precious enough to share necessitated sabotage. Whatever the case, it is horrible to look at. This work may have been integral to the artists’ mutual understanding, but it significantly detracts from the conscientious set of studies in abstraction that precede it. 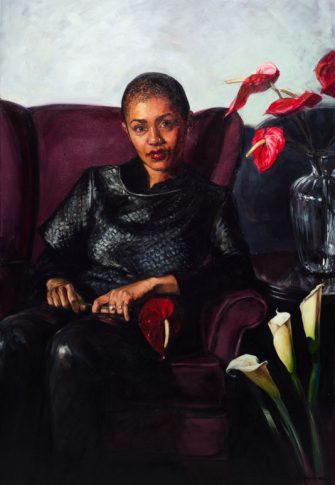 A story by Isabella Kuijers 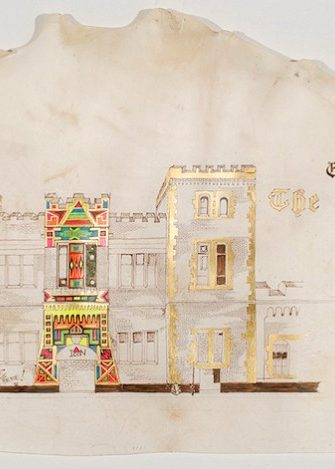 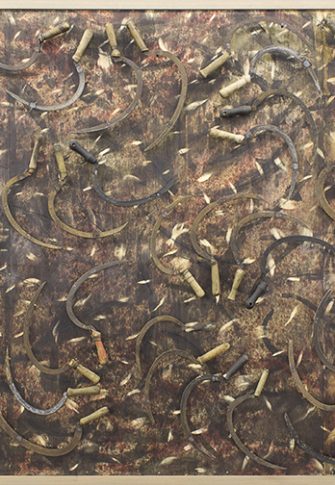