A review by Ashraf Jamal on the 9th of May 2019. This should take you 5 minutes to read.

It is just over 2 months since DAOR Contemporary opened its doors on Coode Crescent, at the Port of Cape Town. The immediate environment, a stone’s throw away from the Silo District and its glass, steel, and burnished mortar, is a bruised, work-a-day, functional dockland. On entering DAOR, I was struck by a perfect hull in which to exhibit art – time-bitten airy white walls, and a mezzanine from which to run a business. The director, Kerry Redelinghuÿs, introduced me to the buildings innards – a plant-graced courtyard prepped for a coffee shop, circumferenced by two floors of studio space, much of it still affordably up for grabs. Here, I thought, was a refreshing alternative to the established dealerships. That Redelinghuÿs chose the work of Connor Cullinan for her first solo show was all the more reassuring.

Cullinan is not a well-known brand, despite the fact that he has been working in the Cape Town scene for well-nigh three decades. Indeed, the works on show – portraits and still lives – span 8 years in the making. Finally, however, they have been given a stunning christening. Titled ‘11.11’ – the time when, serendipitously, Redelinghuÿs and Cullinan would find themselves connecting telephonically – the number also mirrors the artist’s dominant technique, the application of serried rows of black and grey acrylic, suggestive of barcodes, screens, and the rectilinear obsession of Modernism. Mondrian springs immediately to mind, and, as for Cullinan – no other artist, to my recollection, has capitalised as consistently or as successfully on this obsessive-compulsive linearity. To what end? Or better, for what purpose? 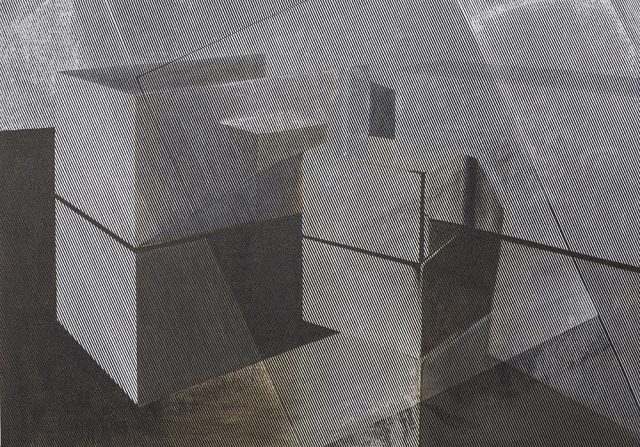 To interpret this technique as a lo-fi variant of digitisation – the aggregation of forms through pixels or dots – is to merely pay lip-service to the omnivorous influence of technology on our lives. However, this graph is in fact ancient. The notion that a line is the sum of a series of points long precedes the digital aggregation of this truth. As John Berger reminds us, ‘instead of being aware of a point as an infinitely small part of a straight line, we are aware of it as an infinitely small part of an infinite number of lines, as the centre of a star of lines. Such awareness is the result of our constantly having to take into account the simultaneity and extension of events and possibilities’. 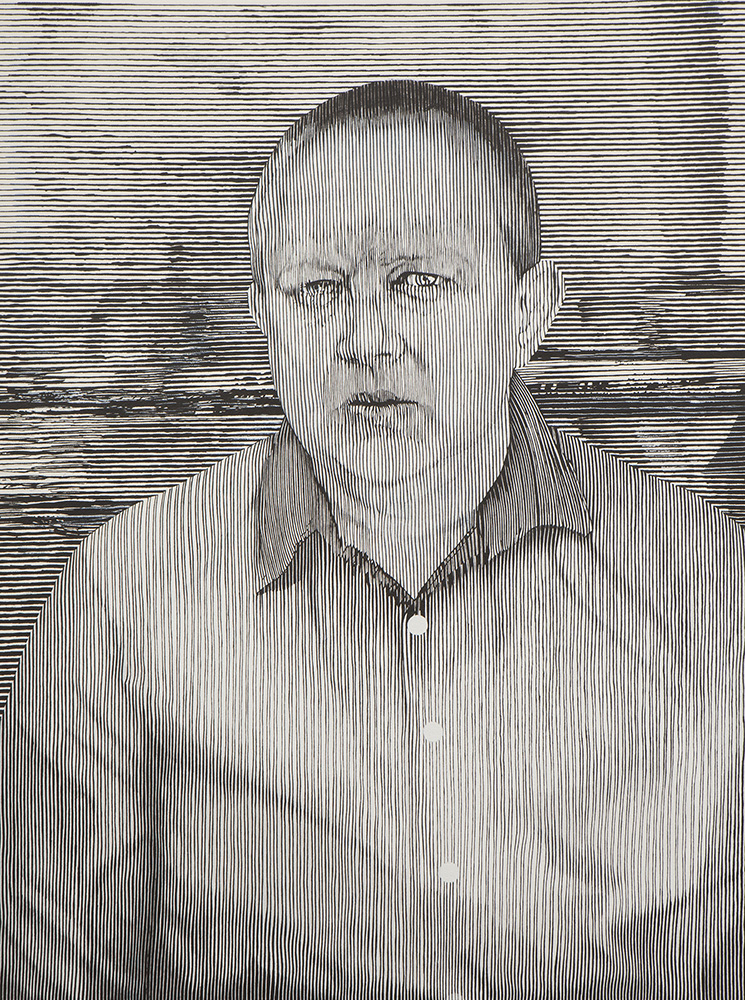 Berger’s observation is fitting when applied to Cullinan’s portraits and still lives, because therein it is not finitude that we confront – the trajectory of a given course of linear movement – but the artist’s acute grasp of the impossibility of completing a given work – a given composite of lines – into a finished whole. This is because infinity, and the chaos which subsists within it, refuses the illusion of wholeness, the familiarity, say, of a given portrait. For despite the fact that the artist’s subjects – artists all – may all be recognisable, be it the late Charles Maggs, Paul Edmunds, Conrad Botes, or Pieter Hugo, what more vigorously rises to the surface is technique – Cullinan’s peculiar ability to capture a likeness within a highly volatile linear schema.

I am not certain that I agree with Berger when he stated, in ‘No More Portraits’, that it ‘seems … unlikely that any important portraits will ever be painted again. Portraits … in the sense of portraiture as we now understand it. I can imagine multi-medium memento-sets devoted to the character of particular individuals. But these will have nothing to do with the work now in the National Portrait Gallery’. Is this in fact the case? Is portraiture no longer a viable avenue? Are Cullinan’s portraits solely ‘multi-medium memento-sets’? Certainly the commemorative temperature of the show suggests this, as does the artist’s combination of the hand-hewn and machinic – namely his integration of silk-screening.

But there is a deeper more foreboding core to Berger’s conclusion, namely the realisation that in a photographic and now digitised era it is precisely the fetish of the oneiric, dream-like, soulful dimension of portrait painting which has well-nigh vanished. If the photographer overtook the portrait painter, then what did he-she-they place in its stead?

However, even before posing this bracing question, Berger reveals his radical doubt regarding the capacity of portrait painting – understood generically – to infiltrate the soul, render its presence. This is because, prior to photography, painting was also subject to the dictates of culture, received ways of seeing, in relation to which, for Berger, Raphael, Rembrandt, David, Goya, are the exception. While I would dispute David’s place in this hallowed pantheon, Berger’s point remains true – painting is not, inherently, a more assured path to Truth. This is because, as Berger pithily phrases it, ‘nothing can contain itself’.

Which, however, is Cullinan’s point. He is not creating work that reveals the truth of his subject. He is no serf to a transactional fantasy. What he is doing is placing technique at the epicentre of an impossible endeavour and asking us how, and why, we design ourselves in the way we do. Instagram, selfies, and far more darkly, facial recognition software, suppose that we can ‘get’ ourselves or get others. Control is the thing. But painting, unlike photography, or any other machinic recognition mechanism, possesses a peculiarly personal capacity – it is, truly, itself – despite Berger’s view to the contrary.

If Cullinan’s paintings refuse the fantasy of soul-recognition, it does not follow that they refuse another order of truth – the nightmare of a world that spans painting-photography-digitisation. Indeed, his paintings are unique expressions of this complex. Contra Berger, ‘the sitter’, or subject of his paintings – say Pieter Hugo – does not appear ‘like an arranged still life … subservient to the painter’. Because it is not, say, Hugo’s ‘personality or … role which impresses us’ it does not follow that it is the ‘artist’s vision’ that, solely, assumes dominance.

Something else, something peculiarly on-point despite over a decade of neglect by the cognoscenti  is factored into Connor Cullinan’s paintings of objects and people – the aggregation of an impossibility. See the work. Visit the most thrilling intervention in the art-business realm available in Cape Town today.

A feature by Ashraf Jamal 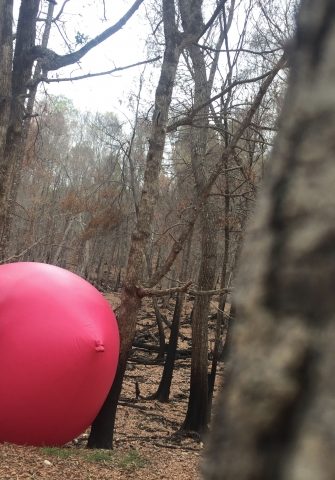 A feature by Ashraf Jamal 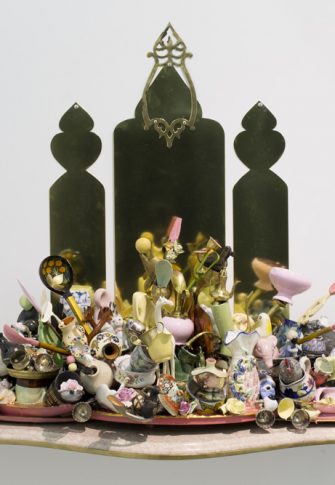 A review by Ashraf Jamal 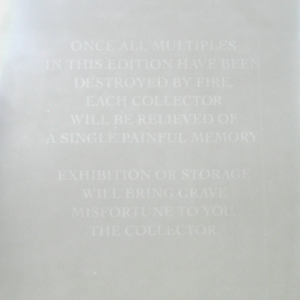