A review by Annabelle Wienand on the 24th of June 2021. This should take you 4 minutes to read.

There is always a dispute over who is the first to know of a place. Is it the person who first sees, or the person who first records?  But what of the people who first imagined a continent?  The Greeks first proposed the idea of the Antarctic.  Their thinking was based on knowledge of the Arctic linked to Arktos (the great bear constellation) and they believed in order for the world to be balanced logic demanded that a similar landmass exist in the south.  The Greeks named this imagined continent ‘Ant-Arktos’ – opposite the bear.  Just a day ago online news reporting suggests that the Māori may have reached the icy continent in the 7th century A.D. more than a thousand year before the first Europeans started to squabble over who was there first. 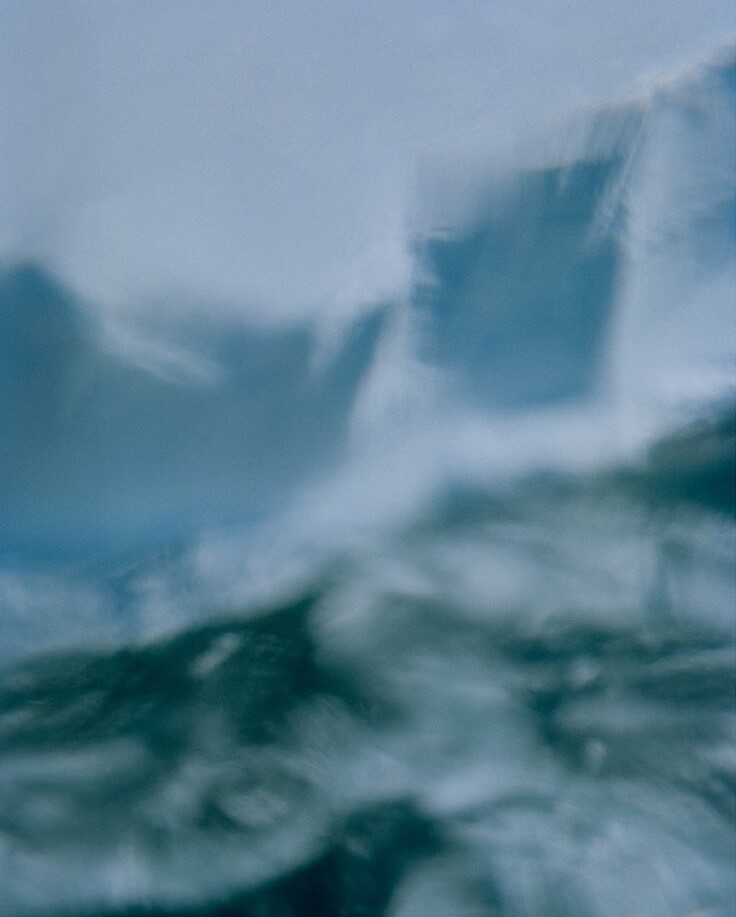 Jean Brundrit’s exhibition ‘Over the Horizon’ teases out a multitude of questions about how we see and how we know and the relationship between seeing something and believing it to be true.  The medium of photography has a long and at times troubled history tied to its relationship to science and the production of knowledge.  A technology born of the 19th century, photography has remained central to how we mediate our relationship to the world around us.  Photography defined the earliest attempts to understand the mysteries of the natural world and gave rise to a mania in recording from Henry Fox Talbot’s arcane publication, The Pencil of Nature with its bizarre cataloging of everyday mundane items, to macro photographs of the moon and microphotographs of dust mites.  The first photographs of the Antarctic ice shelf were taken with a similar mix of wonder and ambition in the mid 1800s. 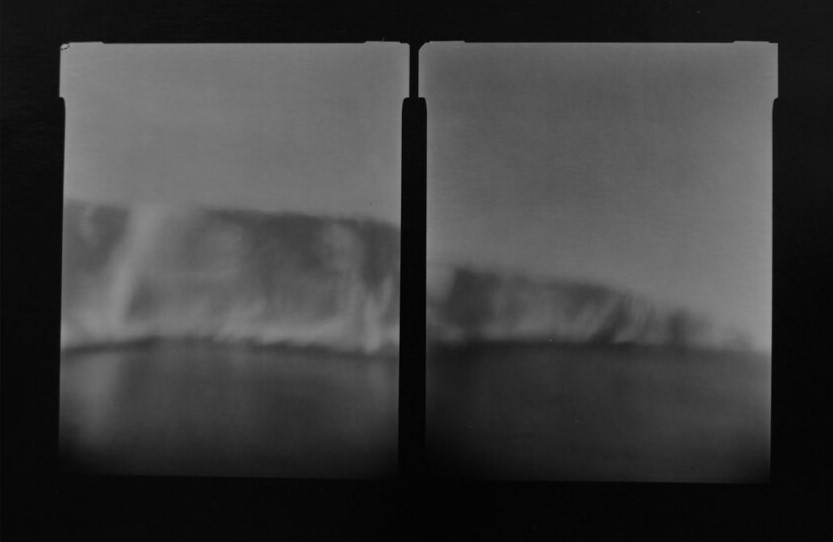 Brundrit’s long term exploration of alternative and historic photographic processes, as well as her concern with rapid climate change led her to arrive at this point.  The images in the exhibition are created by photographing through a lens of ice.  Brundrit’s inquiry began with questioning if it would be possible to produce an image using a lens made of ice.  The natural conclusion of this line of thinking was to document the Antarctic and turn attention to the significance and mystery of this region.

Given the unpredictable nature of an ice lens that melts even in Antarctic conditions, the photographs are blurred and cannot provide sharp detail.  The softness of the focus makes it seem as if we are squinting through a snowstorm as we struggle to apprehend what is land, what is sea, what is ice and what is sky.  The erasure of clarity is unsettling to contemporary eyes used to the straightforward record taking of mobile phones and the sharpness of the commercial photograph.  We are accustomed to recording with great ease and achieving instant results.  It is notable that we very rarely see what it is that we are photographing.  Our focus on recording and sharing via social media means we rarely look and absorb in a considered and careful way.

The opening image of Brundrit’s exhibition The ice shelf at Pengiun Bukta replicates the view documented by early explorers and it is with this image that we enter the series.  A handprinted black and white diptych is presented with three tonal bands that separate the sea, ice and sky.  The photographs that follow offer obscure views of the ice shelf and the sea itself. The images transition from black and white to a palette of blues, greys and white suggestive of a journey from the past to the present.  I am struck by how the reflections of other visitors in the room are much more clearly discernable in the frames than the images held beneath the glass.  There is a way in which we see ourselves and the lives we live more vividly than the future we are implicated in. The Antarctic is far beyond the everyday lived experience of most of humanity.  Our knowledge of this place is shaped by photography and most often by film shot on and under the ice recording the environment and the animal and sea life. 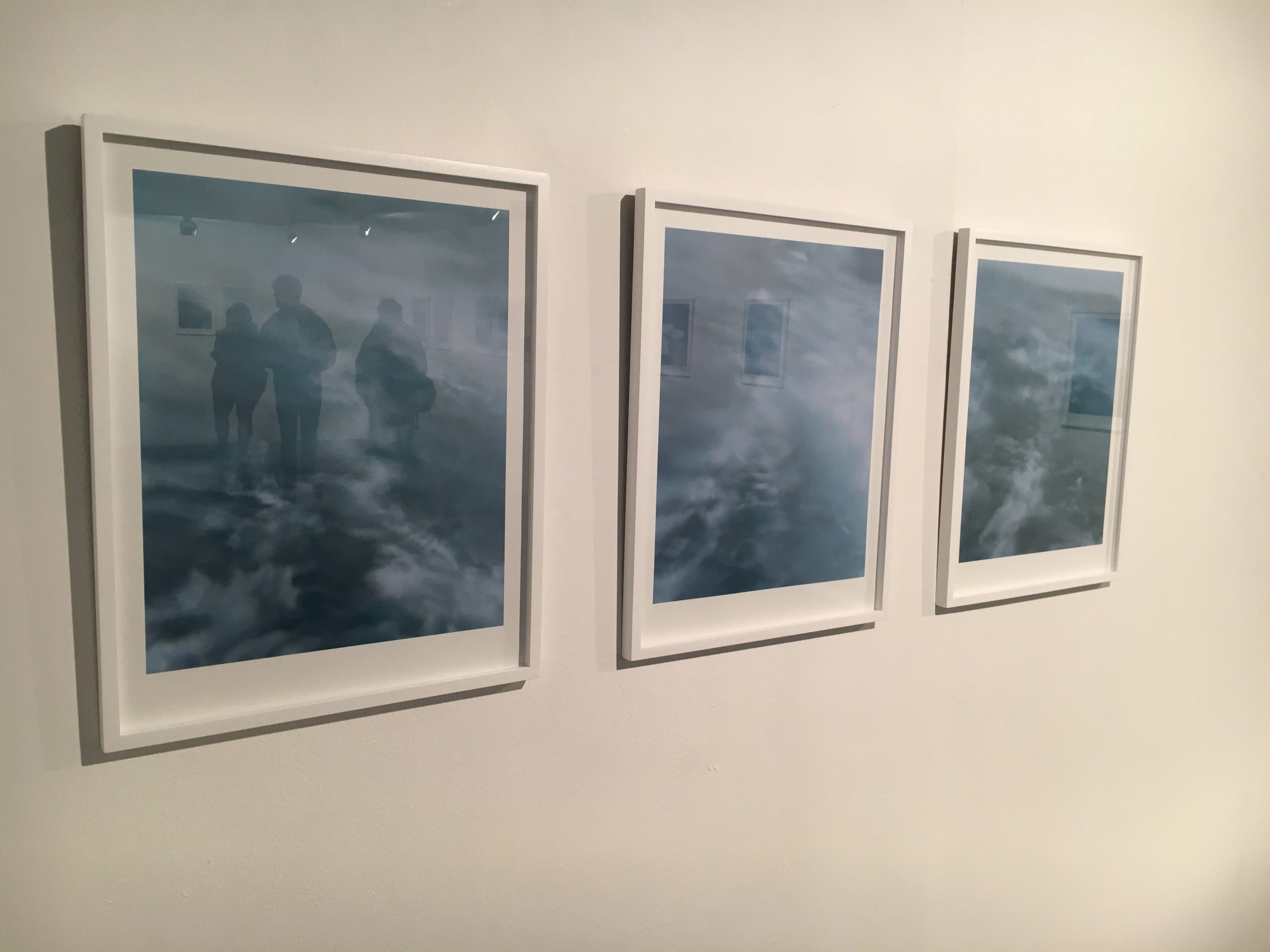 Brundrit’s images are largely void of animal life except for occasional blurred shapes that could be penguins.  The absence speaks to the history of photography where long exposure times made it impossible to photograph living animals, but also suggest the ghost of mass extinctions which are already underway. The final two images of the series are made with a conventional lens and provide a detailed bird’s eye view of a foamy sea.  Aptly titled Universe 1 and Universe 2 these images could be dust storms in deep space or the swirl of gasses surrounding a planet. By looking at, and into, the ocean we are perhaps reminded that all life came from these depths.

Unlike environmental activism which seeks to lay bare climate change with satellite imagery and other forms of evidence, Brundrit’s work is a poetic meditation on our relationship to ice.  The evolution of humanity is often credited to knowledge of how to control fire but perhaps our survival is linked more closely to the preservation of ice.

Not the only Modernist in town: The Zanzibari Years: Irma Stern

Speak with the Eye: Frida Orupabo’s ‘Hours After’

Looking Back to See Forward: ‘From the Vault’ at the Stellenbosch Triennale 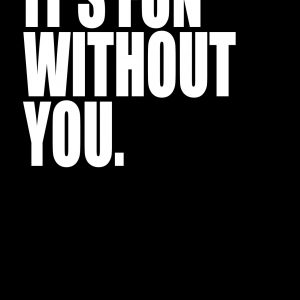