Clive van den Berg (b. 1956) is based in Johannesburg, South Africa.

Clive generously spent some time at the University of Cape Town’s Michaelis School of Fine Art completing this drawing, direct to the ball-ground lithographic plate using a combination of touche and toner washes. The plates were processed and printed by Andrea Steer and Associate Professor Stephen Inggs on Michaelis’ off-set press.

As a designer, van den Berg has worked both alone and with some of the nation’s top architects and civic planners to create unique buildings and public spaces in post apartheid South Africa. Combining museum design, curatorial practice and environmental art, Clive van den Berg has worked to produce a distinctly South African aesthetic for numerous public spaces, which is both sensitive to local traditions and creative of new possibilities.

Among his major projects are Freedom Park, the Northern Cape Legislature buildings, the museums at Constitution Hill, and several major Mandela Foundation exhibitions.

As a visual artist he is interested in both formal beauty and conceptual depth. His extensive body of work ranges in size and format, and includes paintings, prints, multi-media sculpture, landscape installation, and videography.

His art is both known and respected Internationally, being included in many public and private collections, and his work has garnered him several major awards and prizes. 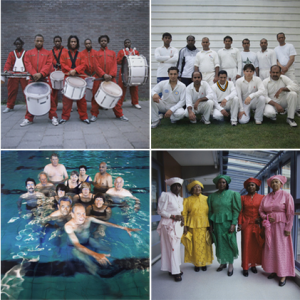