Although best known as a sculptor of iconic works like The Butcher Boys (1985/6), and complex sculpture and video installations such as African Adventure (1999 – 2002), photomontage has always been a parallel facet of Alexander’s production.

Just as her sculptural installations may take a variety of forms, so many of her sculptures make appearances as characters in the varied two-dimensional tableaux of her photomontages – where she creates new environments for them, and proposes new relationships between them.

Jane Alexander was born in Johannesburg, and lives in Cape Town where she is a professor at the Michaelis School of Fine Art, University of Cape Town. Her work has been widely shown over the past two decades. Her acclaimed exhibition Surveys (from the Cape of Good Hope), curated by Pep Subirós and organised by the Museum for African Art, in 2013 completed a tour that included Brussels’ La Centrale Électrique; the Savannah College of Art and Design Museum in Savannah, Georgia; the Contemporary Art Museum, Houston; and the Cathedral of St John the Divine, New York. Other recent solo shows have taken place at La Centrale Électrique, Brussels (2011); Galilee Chapel, Durham University (2009); and Kunsthalle Wien, Vienna (2005). She has taken part in the biennales of Gwangju, Tirana, Dojima River, Havana, Göteborg, São Paulo, Singapore, Dakar and Venice, and the travelling exhibitions The Divine Comedy (2014-15), Rise and Fall of Apartheid (2012-14), Africa Remix (2004-7) and The Short Century(2001-2), among others.

Jane Alexander completed her BAFA and her MAFA at the University of the Witwatersrand. She teaches sculpture, and works mainly with figurative sculpture installation and tableaux, and photomontage. Her research interests include migration, security, and contemporary art production in Africa and the Diaspora as well as its reception, distribution and marketing within an international context. 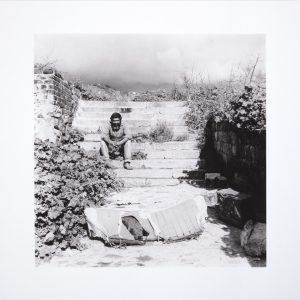