There are some topics which are just too big for any discourse to significantly deal with in general terms, least of all art. The Land problem in South Africa is certainly one of these, and is a topic most meaningfully addressed in focused slivers. Simon Gush’s ‘Welcome to Frontier Country’ is one such sliver. Anchored in Gush’s ongoing fascination with the politics of labour,  ‘Welcome to Frontier Country’ is an effective interrogation into this weighty issue because – as with incisive projects such as Michelle Monareng’s Removal to Radium and Haroon Gunn-Salie’s Zonnebloem Renamed – it is centered on a very specific case study to which Gush has a personal connection.

The centrepiece (and indeed the meat) of the exhibition is an excellent video installation, comprised of three 30 minute video works entitled Land is in the Air,  A Button without a Hole, and Working the Land respectively. Clocking in at 90-minute feature length, the cumulative work is not particularly sympathetic towards short attention spans and requires time and attentiveness on the part of the viewer to really appreciate the comprehensiveness of its scope. It’s worth it. For the purposes of this review, I’ll be focussing exclusively on these videos because the saleable prints section of the exhibition really doesn’t have anything to add to the discussion besides Gush’s cutesy doodles of farm animals.

Gush’s trilogy is centred on a specific land claim that was unfolding during the time of filming in Salem in the Eastern Cape. The artist’s point of entry is that his ancestor, Richard Gush intentionally built a church there upon settling in 1820 as a means of laying claim to the land. The construction of this church preceded any housing for his family, and we are told in the second video that they lived in a cave for the first seven years while it was being built. The broader mythology of Richard Gush is thoroughly explored in A Button without a Hole, including his apparent negotiations with Xhosa chiefs and the Guy Butler play that memorialised this incident.

While the ongoing story is conveyed almost exclusively from the perspective of the Salem community, Gush uses these familial narratives as a way of allowing the viewer to fill in the gaps of the opposing land occupant’s viewpoint and to trace the historical connection between the colonial occupation of the 1820 settlers and the theft of land and imposition of exploitative labour practices. This was a shrewd call, keeping the videos incisive and focused on the Salem claimants, greatly assists with the clarity of intention. The convergence of these ideas allows Gush to extend the preoccupation with Marxist readings of Work which have directed his art output in recent years.

What the videos do so effectively is to root the Land question into tangibility, rather than political abstraction. While the first two videos outline the historical circumstances that led to the community being dispossessed, it is the third one that really strikes a frank emotional chord; reflecting the intense frustration and difficulties posed by the restitution process in its current form in South Africa. Surmounting an avalanche of increasingly absurd red tape, the claimants, referring to themselves as the Salem Party Club, are ultimately awarded five of the 38 farms in the area and little to no governmental support for moving forward.

The point that is so strikingly emphasised is that land redistribution, from an agricultural perspective at least, without the appropriate financial support is an endeavour set to fail. Gush underscores this with the point that success and capital gains in the agricultural industry are historically structured on a system that requires wholesale exploitation of labour to succeed. “David worked the land with his mouth, we did the labour,” observes Headman Goduka, one of the Salem community claimants. The victory of returning even a small percentage of the farms to the community is almost rendered completely moot by the absence of necessary support structures which would enable these farms to thrive and become self-sustainable.

Formally, the videos are not particularly concerned with visual appeal, and there is no slow motion bokeh-laden eye candy to be found. Instead, there is a feeling of raw pragmatic honesty that is consistent with the aesthetics of Gush’s practice as a whole. In the absence of excessive mediation, moments like land claimant Mongezi Madinda’s piercing stare in Working the Land are simultaneously utterly heartbreaking and incendiary, putting the viewer on the back foot in a palpable moment of returned gaze. And to be fair, the parallel widescreen projections of the two-channel installation add significantly to the expansive feel of the landscape cinematography; which is cleverly aligned across the horizon. Healer Oran’s subtle but stirring soundtrack definitely deserves a mention for effortlessly encapsulating the simmering frustrations in a way that is physically felt as much as it’s heard.

The video works in ‘Frontier Country’ put a human face to a community that has been exploited, dehumanised and ultimately failed time and again. The trilogy forms a nuanced and insightful entry point into the seemingly insurmountable clusterfuck of land redistribution in South Africa and the ability to just survive. In this respect, it is a valuable contribution to the dialogue around land and oppression, one rooted in the lived reality of those suffering. Importantly, it is also not one devoid of optimism and hope, acknowledging a way forward to course-correct the untenable circumstances depicted in Working the Land. 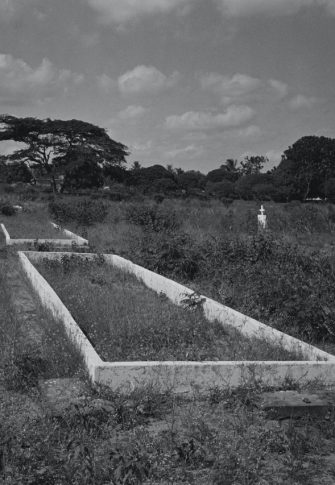 A feature by Lucienne Bestall

A story by Renée Holleman 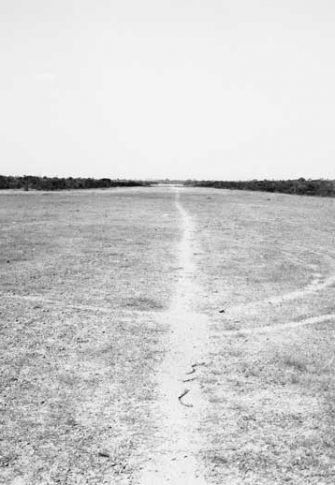 A story by Renée Holleman 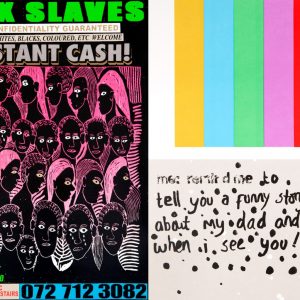