A student review by Sonja Voigts on the 25th of March 2021. This should take you 3 minutes to read.

One character is featured in two symmetrical, dressed in a tunic originating from India called the kurta, black on the left-hand side and white right. Open doors on the edges of the diptych, allowing the character to be illuminated by daylight from outside the derelict building. The diptych uses the exact same location, angle and lighting, yet the images look vastly different and set different moods for the viewer. The character in both photographs is looking downwards, leaning with his back against the wall. One hand flat against the wall and one foot lifted. With the obvious physical differences being the colour of the kurta as well as the direction the character is facing.

Isaac Julien is a London based installation artist and filmmaker. This diptych, Fantôme Créole (Papillon, No. 2) is based on his film titled Fantôme Afrique created in 2005. The film is set in Ouagadougou, Burkina Faso. This landlocked West African country had previously been a French colony. The narrative of the film specifically examines the passage of time and the colonial archive. Julien uses renowned African-American choreographer Stephen Galloway as the character in the diptych.

This artwork is displayed in the exhibition titled ‘Two Together’ currently on show at Zeitz MOCAA. The exhibition is centred on important themes explored by African artists. Each gallery in the exhibition consists of either two objects, multiple works by two artists or two major themes. It embraces an engagement between ideas as well as objects. There can be an interesting conversation when two come together, conversation about absence or nostalgia, history or loss. What is interesting about this work by Julien, Papillon No. 2, is that it is the only artwork in its gallery room. There is no other artist to juxtapose this work. It is also the only gallery in the exhibition that contains a bench for viewers to sit and take their time interpreting the work. Does this indicate that you as the viewer are the second piece in the gallery to contrast to Julien’s Papillon No. 2?

The character being duplicated and split creates an accurate representation of dual consciousness, supported by the opposite colours of the same item of clothing. Black and white are often seen as opposite as well as complimentary to each other as one wouldn’t exist without the other. Light does not exist without darkness and darkness does not exist without light. This creates a safe space of commonality to explore both the negative and positive aspects of one consciousness. The duality of the character is evident through the use of stance and direction. The figure in the left image is looking down into the darkest part of the setting, coincidently wearing a dark colour as well. This is contrasted in the image on the right where the figure is wearing a light colour and is looking into the light coming through the doorway. 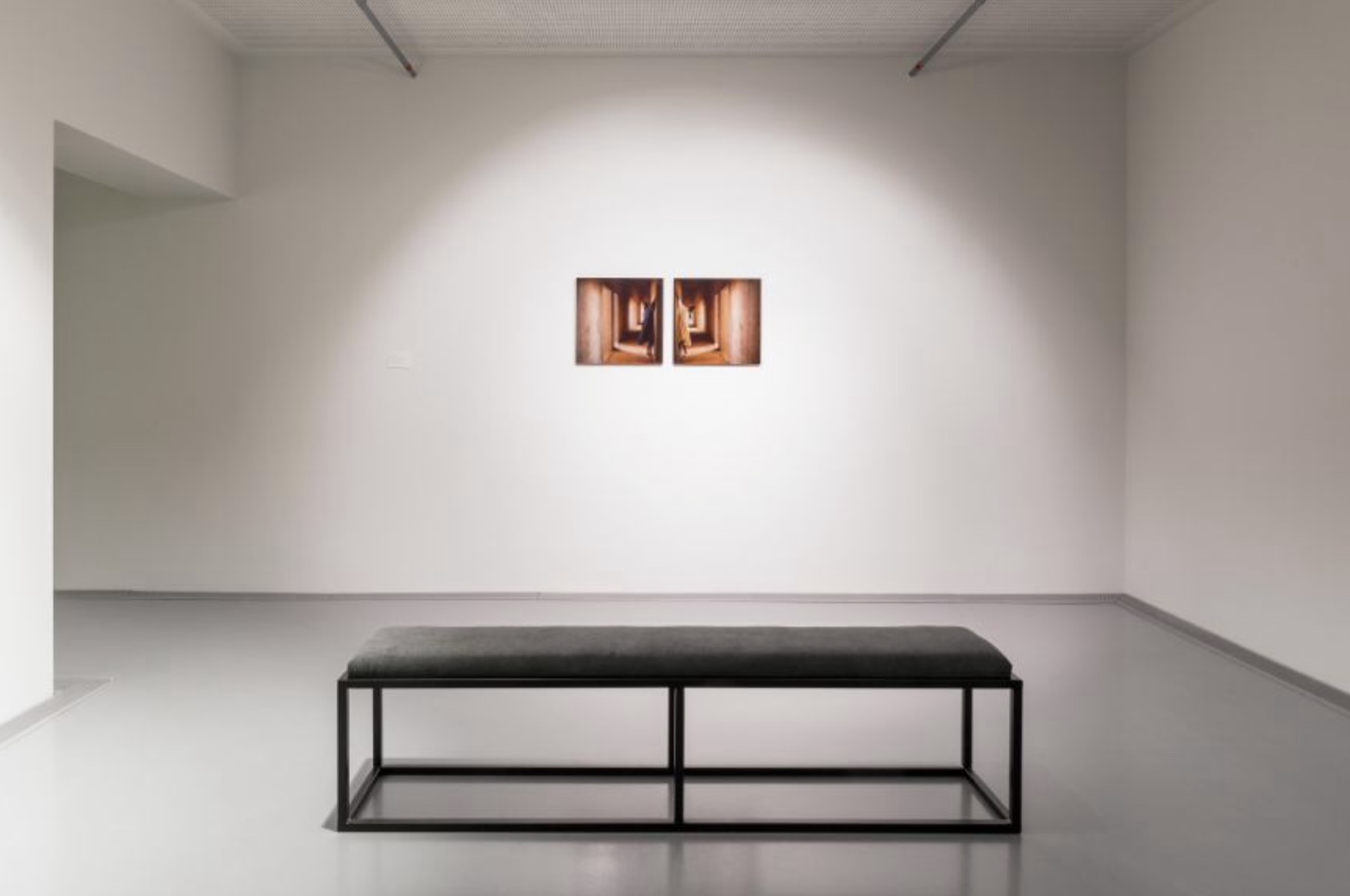 If we look at the space around the characters, it gives context to the images. The doorways could be seen as opportunities towards positivity, and the shadows as remnants of the negative colonial past. The characters choose what to focus on, the past or the future. The past would be the sadness and captivity that was felt by the people and how this still affects them today. This makes it difficult to move forward.  The future could be seen through a positive lens, much like the image on the right. The structure and lighting in both images is identical showing both negative and positive (shadow and light) aspects of history that cannot be changed. However, each individual is able to choose whether to look at it in a negative or a positive light.

The artist clearly portrays dual consciousness through the use of the same performer with opposing colours and identical settings. This is supported by the fact that the images were taken in a multi-layered city. These characters evoke ideas of parallel worlds and multiple dimensions. It shows how individuals can get caught up in opposing normalities and are often left inconclusive and therefore stationary, unable to choose. 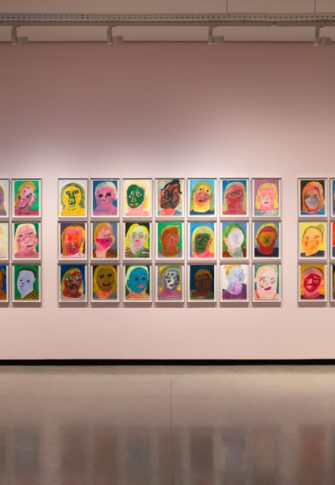 A student review by Sonja Voigts

Exploration of the self: Georgina Gratrix’s ‘The Reunion’ 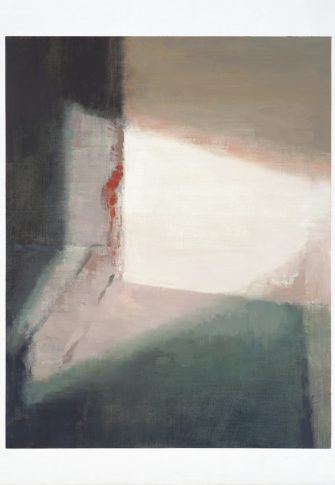 A student review by Isabella George

Opposites Attract: ‘I have made a place’ at Norval Foundation 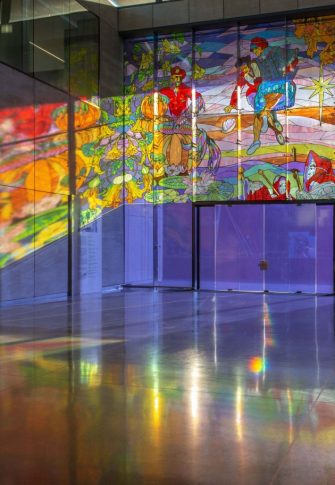 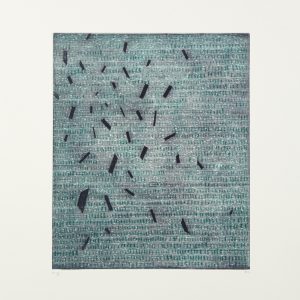