A review by Keely Shinners on the 6th of September 2021. This should take you 5 minutes to read.

Two weeks ago, I visited a few galleries in my city. Upon reflection, two artists’ work stuck out for me: Lorraine Kalassa at 99 Loop and Sitaara Stodel at Salon 91. Both artists make use of family photographs. Whether they were found photographs of other people’s families (in the case of Stodel) or photographs from the artist’s own home (in the case of Kalassa), these images – once personal, now public – began to haunt me. 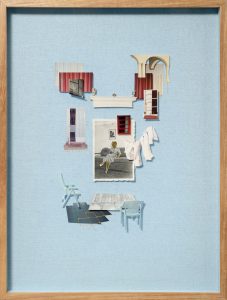 I thought of Lebongang Kganye’s Her-Stories, Helena Uambembe’s Confidential Histories and Motlhoki Nono’s Mma Pelo O Jele Serati. I felt like these family photographs were trying to tell me something about the art landscape in the country where I now live. They seemed to be tapping into some well of collective desire. I wondered, what was in that well? I wondered, what were they pulling out from the deep?

Because everyone has a family, it makes the subject of family one of endless fascination. At the same time, since each family is so idiosyncratic, the subject of families other than one’s own can be alienating. Photographs of our own family beget much nostalgia, for they play our lives (or the lives that made us) back to ourselves. Photographs of other people’s families are vivid but not nostalgic. It is like John Berger says, a photograph of a stranger’s son ‘conjures up the vivid presence of the unknown boy. To his father it would define the boy’s absence.’1John Berger and John Mohr, A Seventh Man (Cambridge: Granta Books, 1989), 17. 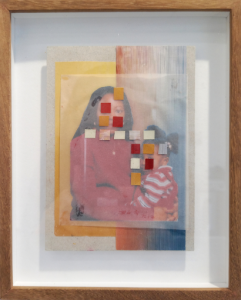 I feel this tension when I look at an untitled studio portrait of Kalassa and her mother. The photograph is small enough to fit in the palm of my hand. The fact that I have to lean in close to notice the pair’s matching red outfits and stoic brown eyes invited a sense of intimacy. But the moment I got close enough, intimacy was forestalled. Kalassa covered the photograph with a thin piece of tissue paper, then punctuated the figures’ faces with coloured blocks.2Evocative of Carrie Mae Weems’ Blue Notes (2014–2015). Kalassa wanted, I supposed, to convey the very absence this photograph defines. The absence of a child who has grown up, a mother who does not appear as she once did, intimacy compromised, time bygone.

I have to edge up close to Stodel’s works to see them too. Precious details become clear to me: chandelier, cat napping, white tablecloth, chocolate cake. All these, scraps. Cut out from more coherent images, they are re-pasted in disarray. Some tables and flowers are clustered together, but most of the work is bare linen. All the people are missing. In Window To My Garden, Stodel curls her scissors around the sitters’ shoulders, isolates the flower beds behind them. In Family Albums, Stodel cuts out all the figures’ faces, legs and hands, leaving behind a composition of floating dresses, suits, gloves and shoes. These works, too, were about absence.

I walked home feeling bothered. Bothered, as in, I felt I had encountered something strange. Like being invited to a dinner party and arriving into a house of ghosts.

The first thing that bothered me was the use of the family photographs. These images, to me, feel private, personal. One might say sacred. I might share them with a friend or lover, but I wouldn’t reproduce them for all the gallerists, collectors and critics in my city to scrutinise. So, why use them? I suppose one reason is that they are readymade. Inexpensive, yet immediately emotive. Family photographs also comprise an archive of counterimages. Taken by and for family members, these images capture moments of community, celebration and becoming. This, in comparison to the archive which pathologises, erases and violates, especially with regards to Black subjects. 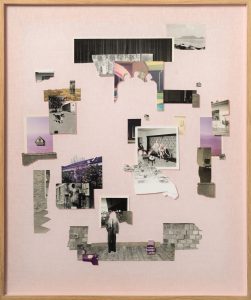 If the archive is patronising, incomplete or violent, it makes sense to turn inwards. To look at the archive of one’s own family, where one might find some scrap of life. Okay, I buy that. But then, why cover their faces with paper and thread (Kalassa) or remove them completely (Stodel)? Maybe the artists were just trying to protect the privacy of those photographed. But I couldn’t help feeling unsettled by the negative space.

This void. Why could I not step around or into it? Had I really no imagination? I knew I did not need to know the families photographed to feel something for them, as Tina Campt says, ‘As one of the most accessible objects through which complicated processes of projection, desire, and identification come into view, the photograph frames the family in ways that affirm its apparent self-evidence and, at the same time, render it open to interrogation.’3Tina Campt, Image Matters: Archive, Photography, and the African Diaspora in Europe (Durham; London: Duke University Press, 2012), 23. The problem was that I wanted to see them in order to interrogate them.

It was then I realised: I, too, had suffered from a dying archive. I was hungry for images of life. For I have spent the large part of my (short) career in this country looking at black-and-white photographs that are characterised by interlocking themes of oppression and resistance, mutilation and mythology, erasure and reprisal. Something about the family photograph seemed an antidote to these dialectics. It could be vernacular, humane, social. Kalassa’s and Stodel’s pivot towards the absence a family photograph represents – both for the artist and the archive – unsettled me. I felt a libidinal desire to fill the absence. 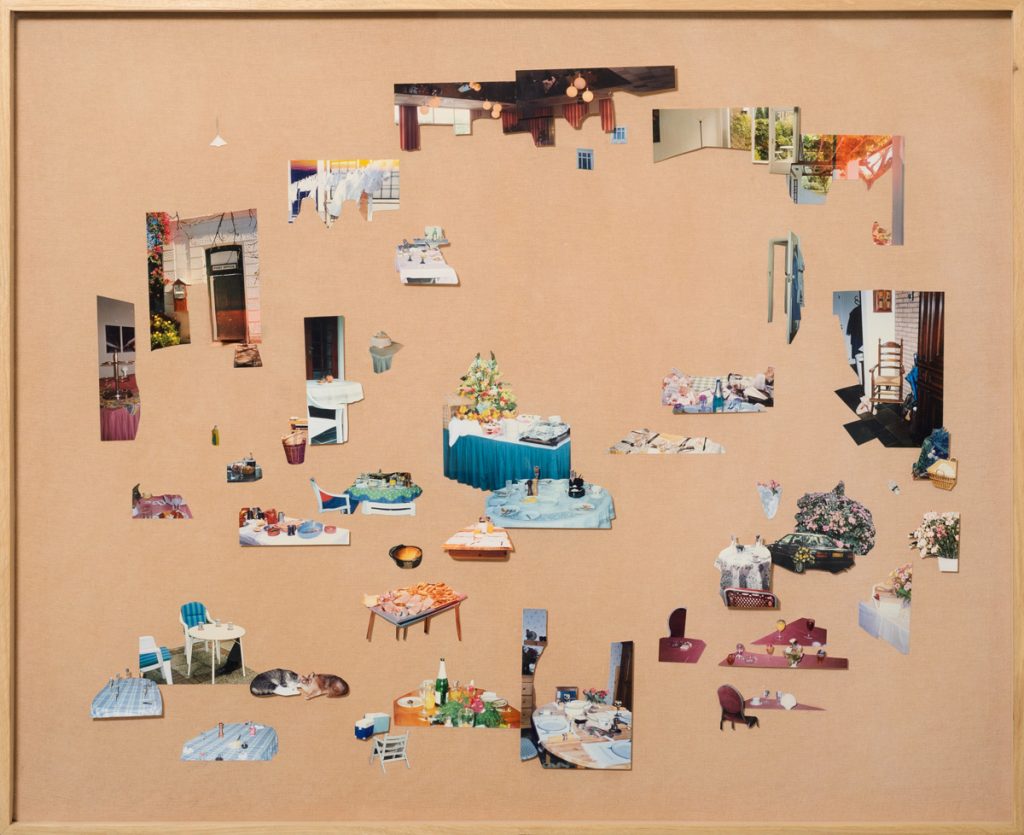 Earlier, I used the image of a well. It seems Kalassa and Stodel have delved into the well of personal histories and come up with a few snippets. These snippets, I argue, contain traces of a social life – quotidien images, amateur images, images marked by care and cohesion – which feel medicinal against the reigning visual language. These moments – girls with matching hairdos, another carrying balloons (Kalassa), plates bursting with food and gardens with bougainvillea (Stodel) – these are beautiful. The fact that these pieces continue to orbit around the issue of lack is not some failure on the artists’ part. Rather, it begs the question: how long are we (critics, academics, curators) going to talk about absence in the archive before something actually happens? What if the life we’re hungry for has been documented already? If it has, why not celebrate it? Are we too afraid to bear its face?

The Catalyst, Not the Error: Mame-Diarra Niang’s ‘Call Me When You Get There’

A feature by Dave Mann

What’s been left behind: ‘Farewell to good good friends’ at SMITH